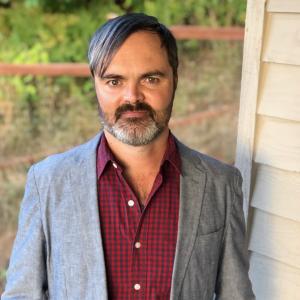 Examining British and Canadian Counterterrorism through an Anti-Imperial Lense

Since the attacks of 11 September 2001, terrorism has dominated world media coverage. The responses to terrorism, in particular the impact on racialised communities, have received considerably less critical scrutiny. This important event will look at counter-terrorism in North America and the United Kingdom, from the 1970s to the present, and from a number of perspectives, including that of a former intelligence agent. The event will be hosted by Dr. Steve Hewitt, Senior Lecturer in American and Canadian Studies

Dr. Daniel S. Chard will outline the Federal Bureau of Investigation's (FBI) targeted harassment of Arabs and Arab Americans in the US following a deadly Palestinian nationalist attack at the 1972 Munich Olympics. Drawing from is new book, Nixon's War at Home: The FBI Leftist Guerrillas, and the Origins of Terrorism, Chard will explain how the Arab Scare helped lay the groundwork for US counterterrorism and forged a template for law enforcement agencies' targeting of Muslims as a racialized suspect community after 9/11.

Daniel S. Chard is Visiting Assistant Professor of history at Western Washington University. He co-edited Science for the People: Documents from America’s Movement of Radical Scientists (UMass Press, 2018), and his writing has appeared in Jacobin, Radical History Review, The Sixties, and the Washington Post.

Dr Amal Abu-Bakare is a lecturer in the politics of race and decolonial studies at the University of Liverpool and a Visiting Fellow at the University of South Wales’ International Centre for Policing & Security. She is a former doctoral student at Aberystwyth University’s Department of International Politics who successfully defended her thesis on 6 November 2020. As a Saudi-born Nigerian dual citizen of Canada and the United Kingdom, Abu-Bakare is interested in all things international, particularly food and politics. Her current research profile remains centred on using anti-colonial IR theory to explore how North American and European political/security institutions continue to empower racially configured exclusions and terror.

Huda Mukbil, a former Intelligence Officer with the Canadian Security Intelligence Service (CSIS), will be speaking about her time working in counter-terrorism immediately after 9/11. Her employer, CSIS, began treating Huda as an insider threat, especially following the American-led Iraq invasion in 2003 and the rise of homegrown extremism in the West. She will narrow in on her intersectional experiences, challenges, and efforts to push for reforms while contributing to Canadian and International security.

Huda Mukbil is a Canadian national security expert and holds a CSIS Director, Distinguished Career-wide Award of Merit and Recognition, 2017. During her sixteen-year career at CSIS, Huda served as CSIS representative at the Communications Security Establishment Canada (CSEC) and the Integrated Terrorism Assessment Centre (ITAC). Huda also contributed to international investigations with the British Security Service (MI5). She has a long-standing commitment to promoting diversity in the public sector. She regularly provides presentations to create opportunities for women and Black, Indigenous & People of Color (BIPOC), hoping to serve their country and work in national security.