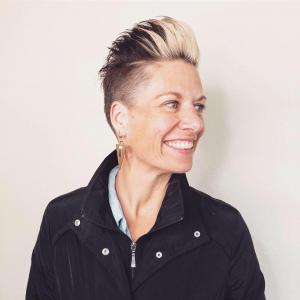 Dr. Christina Keppie is the Director of the Center for Canadian-American Studies as well as a Professor of French and Linguistics in the Department of Modern and Classical Languages. She received her PhD in French from the University of Alberta in 2008 before moving to Bellingham. She is committed to innovative teaching here on campus. Some of her favorite projects have resulted in student productions of French Acadian plays, sociolinguistic original research projects on the effects of study abroad experiences in French second language acquisition among students in Western’s French program, and a successful summer global learning program to Montreal, Quebec. Dr. Keppie’s primary research focus is cultural and ideological identity of Francophone minorities of Maine and Eastern Canada, which she approaches through an ethnographic framework. She enjoys a healthy lifestyle of fresh air, martial arts, boot camp, cooking, and cats.